May 29, 2015
After my mammoth colouring session the other day, I have decided to go for "print and cut" to create my DT project for Polka Doodles Challenges. It's inspiration week for the current challenge, "Girly with NO pink" and I wanted to create something for a teenager. I've gone a little grungy using Bonbon Belles ... 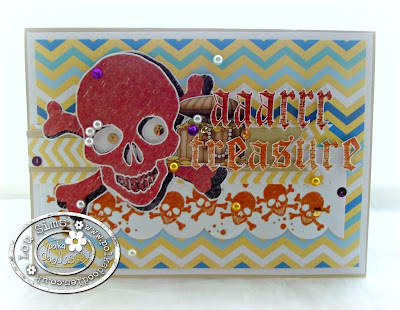 The skull is from the cutting files section, which I have recoloured in Word and the skulls border, is one of the brushes (again recoloured in Word). See you don't have to have fancy packages to edit your images and can use what's on your computer! 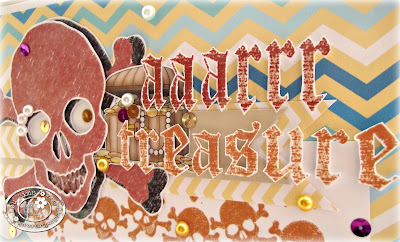 The sentiment is also from the same CD (again recoloured in Word). I have cut out all the letters, layered them up with 3D foam and then glittered with my GraphIt Shake pen. As a finishing touch, and I suppose the girly element, added sequins and gems.

Now after seeing my card, I realised that it might not be as girly as girly could be, so quickly whipped another one, which is softer in tone ... 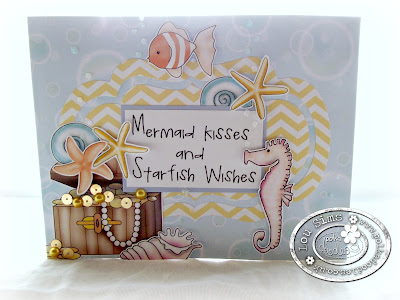 Again all the elements are from the Bonbon Belles CD, including that LUSH bubble backing paper ... oooohhhhh, I can see another project coming on soon using that.

Half term is drawing to a close, so I suppose I better start to get organised for next week as have been incredibly lazy this week but sometimes we just need to do nothing!

Have a great weekend everyone,

Scrappy Scatty said…
brilliant cards loved them both but agree second one deffo more girly xx
29 May 2015 at 10:54

StampNScrapJunkie said…
How fun and clever! Thanks so much for joining us at our new blog! If you’ve not had a chance to become a follower, please do so as soon as you can. To be a winner, one must be a follower. If you’ve already followed us, thank you so much and thanks for sharing and joining us today at Inspiration Destination Challenge Blog. Hope to see you again next week and good luck!
Ema
IDCB Owner

Amy Cohen said…
Love both cards- I know many girls that would love the grungy card with skull!!! Good luck with your entry at Penny's Paper-Crafty Challenge.
Amy-DT
29 May 2015 at 19:17

8kidsandstillfindtimetocraft said…
I love this collection and what an awesome make x
31 May 2015 at 09:59

mags said…
A lovely creation. Thanks for sharing with us at Penny's Paper-Crafty Challenges.
Mags
x
31 May 2015 at 20:26

Michele Cunningham said…
Love the Skull card. Thanks for sharing with us at http://7kidschallengeblog.blogspot.com/
2 June 2015 at 06:52

Sandi said…
Very creative cards! Thanks for playing with us this week at http://www.7kidscollegefund.com
Huggs
3 June 2015 at 01:28

Unknown said…
Such a pretty card! Love the colors and coloring! Thank you for playing at http://7kidschallengeblog.blogspot.com and hope to see you there in the next challenge
3 June 2015 at 19:54

May 02, 2014
Happy Birthday to Us!!   TODAY IS POLKADOODLES FIFTH BIRTHDAY - WOOHOOO!!! Firstly, if you arrived here from Kath's blog as part of the blog hop, then you're in the right place!  I'd just like to take the opportunity to thank all of you for supporting Polka Doodles over the past 5 years, we've seen so many changes in the industry and we still love what we do and get such a thrill with every new product we release. It's so awesome that all of you keep on supporting us along the way and we know that we wouldn't be here without that great support. I would also like to take the opportunity to thank Nikky and Kris, for being brave enough to let me join the Polka Doodles team 5 years ago! We thought we needed something special to celebrate our 5th Birthday.... so Nikky decided to celebrate by designing a special Digistamp for each of us 5 'Originals' along with a great little paper bundle (which was also designed specifically for ea
89 comments
READ MORE »

April 25, 2019
On Wednesday, Jodie Johnson launched the new Life's Journey Keepsake Collection of dies from Tonic Studios on Create & Craft, which compliment the existing memory book dies. It was a huge success and sold out within the hour! I was very lucky and managed to play with the dies making samples for the show - well it was meant to be shows. For one of my samples I made a travel journal themed album with a male slant ...
6 comments
READ MORE »