November 26, 2016
Oh my it was a cold walk with dog and think at this rate I'll be trying to squeeze thermals under my clothes! Normally when you're on the move, it's not too great a problem but today there was a distinctive extra nip in the air. Need to also look for a new hat as mine is looking very sad for itself however I'm not sure I suit hats, so shopping for one will be a chore ... !

Today on Create & Craft TV, Tonic Studios launched a new collection called "Marmalade's World". It consists of character stamps, accessory stamps and matching dies. Here is another one of my projects but this time using Minnie ... 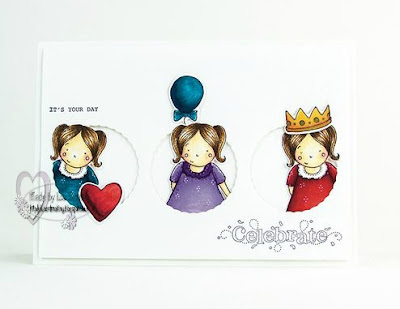 I began by cutting out the three circles from a piece of white card (slightly smaller than my card base), with my Celtic Circle layering dies and mounting with 3D foam on to my card base. Next on to Minnie ... 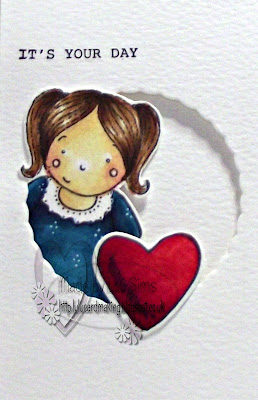 I have stamped Minnie 3 times, coloured with my Nuvo pens and then placed her in to one of the three circle apertures. Each Minnie was then given a different accessory ... 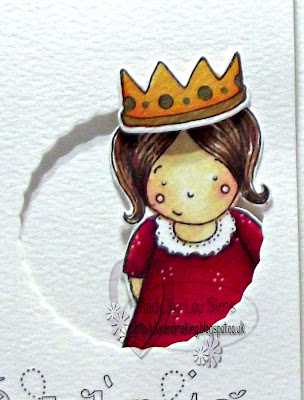 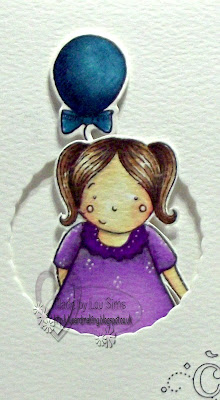 A relatively quick card to make and believe it or not, it wasn't the colouring that took the longest part ... it was making sure my circle apertures were all level! Have to own up and say, even with pencil lines on the back, took several attempts ... 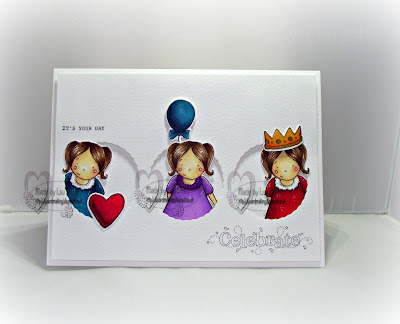 Thanks for popping over,

Sandra DeFalco said…
Thanks for playing in our 'BIRTHDAYS' Challenge #128!
Sandi ♥
DT Coordinator for Pattie's Creations Challenge!
and Pattie's shop
Home of Pattieboop and Allie!

Elizabeth Hart said…
Wow - this is so very darling with the little girls peeking out - love your creativity, Thanks so much for joining us this time at the Pattie's Creations Challenge, Elizabeth (DT)
30 November 2016 at 05:08

Vic said…
What a beautifully simple card... love little Millie popping out form the circles. Thankyou for sharing your creativiy with us at Patties cReations. Vic - D.T x
30 November 2016 at 15:46

December 07, 2021
I treated myself a long while ago to the fabulous Marlene's World Collection from Studio Light and sadly have to report that it has stayed hidden in a folder since then. Finally, I had some precious "me time" and decided to get the collection and have a play around with a few of the stamps plus collage/paper piece s. It was the sentiment that really "sang to me" 😍 but not like a Sea Siren does ...! A full "how I did it" is below & also a full list of supplies at the bottom of the post.
1 comment
READ MORE »

Beginners step by step tutorial to printing with oxide inks - BONUS project idea with templates too!

December 21, 2021
Today I am sharing a full video tutorial showing how to create quick & easy printed backgrounds using a gelli plate & Ranger Distress oxide ink pads.  If you are a new(ish) to gelli plate printing, this is perfect for you. Link to YouTube videos are below. Downloadable templates can be found further down the post.
1 comment
READ MORE »